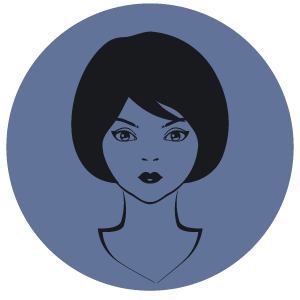 When I started thinking more seriously about traveling full time for work, I knew that zeroing in on the best restaurants would probably make my experience a lot better. I started reading more and more restaurant reviews and checking out articles from restaurant critics talking about how to find great places to eat. It really made a big difference, to the point of me being able to gain a little weight on the road. Check out this blog to find out how to find great restaurants and enjoy better food. You never know, it could make your next date or business trip a lot better.

Do you order the same thing again and again when you go out for Chinese food? Maybe you're stuck on the General Tso's chicken, or perhaps you can't get over the lo mein. There is nothing wrong with these dishes; they're delicious. However, you're missing out on a whole assortment of other Chinese dishes if you don't branch out and try something else once in a while. Here are four less-popular Chinese dishes that are definitely worth a try.

If you like noodles, you will probably enjoy chow fun. It is made with really thick rice noodles, similar to the street noodles that are popular in Thai cuisine. The noodles are sauteed with either beef, chicken, or shrimp and then coated in a sauce made with soy sauce, ginger, and often some fruit juices. Some restaurants add some veggies, such as bean sprouts or bamboo. Others serve sauteed veggies on the side. Eating chow fun is a lot of fun, too, since you get to pick up the big, fat noodles with your chopsticks.

Some nicer Cantonese-style Chinese restaurants serve this dish. It consists of small dumplings filled with pork broth and other soup ingredients. You eat the dumplings with a ladle, sometimes adding a splash of rice vinegar before enjoying. Part of the appeal is that the dumpling should break open and gush its contents into your mouth. They are incredibly savory with a palatable, soft texture.

Szechuan pepper is an under-rated flavoring component that is used in Chinese cooking. It's so potent and has such a balanced flavor that it is often used on its own, without a lot of other additives, to season dishes. Szechuan beef is the most popular Szechuan pepper-seasoned dish you'll find on menus. It generally consists of thin slices of beef along with broccoli or snow peas in a simple pepper sauce. Definitely eat it with some white rice to calm the burn!

If you are dining with a group, order a Peking duck to share. This duck is cooked whole. The skin is carefully seasoned, and air is blown under the skin to ensure it cooks to a deep, glistening crisp. The meat itself is tender and fatty. It is a true indulgence. You eat the duck sandwiched between white pancakes dipped in hoisin, which is a sweet, barbecue-type sauce. A single duck is enough for three to four people.